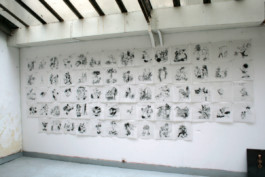 The Fèdre drawings hang in the atelier for final selection, January 2009.

A series of 33 images were chosen and printed in lithography. From these, 3 different sets of 11 prints were selected. Each set is boxed in a slip case, accompanied by texts and colophon.

Fèdre was unveiled at the artist's solo show in March at the Claudine Papillon Gallery, Paris. It can also be seen this spring at the vitrine at 18, rue Dauphine, Paris 6; the Force de l'Art exhibit, Grand Palais; and at the bookstore 78, rue Mazarine Paris 6. 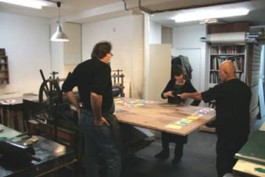 Above: Jim Dine chooses the colors for the kaleidoscope background of a new, large-format Pinocchio lithograph-and-woodcut print, January 2009. Right: Constructing an image. 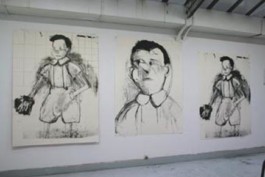 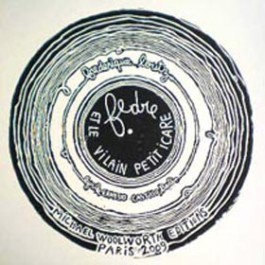 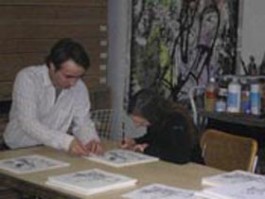 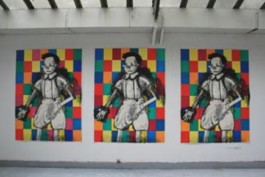 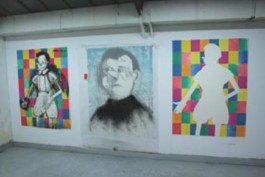 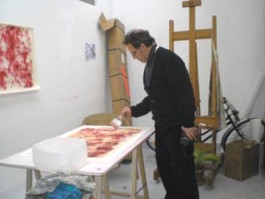 José Maria Sicilia retouching a proof of a new photogravure lithograph, combining an oriental-rug motif with a flower pattern of rose blossoms. March 2009. 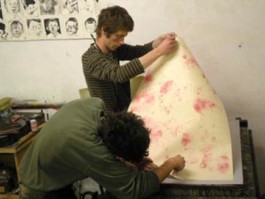 Above, the printers use pinpoint registration in order to create the overlapping of colors on Japanese paper necessary for this image. 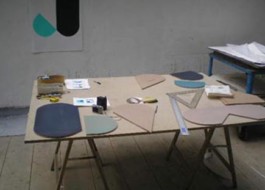 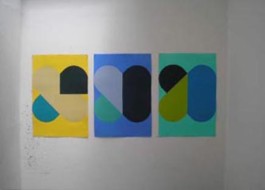 Final trials of 3 new woodcuts by Richard Gorman in May. 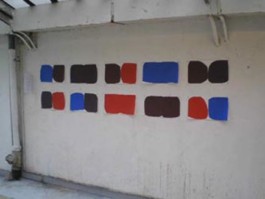 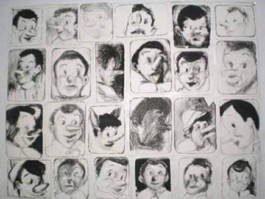 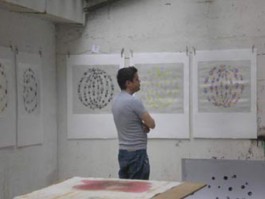 30 lithographic monotypes on white gold leaf were produced for the artist's show Les noeuds de Janus in November - December 09 at his gallery - Emmanuelle Perrotin in Paris. 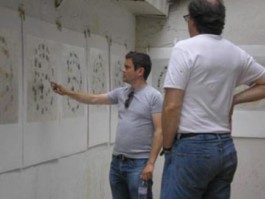 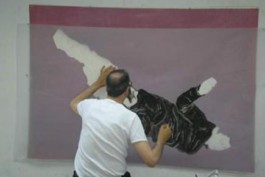 Djamel Tatah applies his brush on one of the 11 color passes for his monumental woodcut & lithography in September. 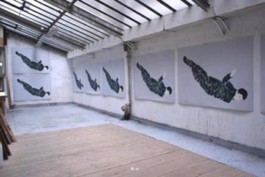 The drying of the proofs. After first 5 color passes, ink level was such, the proofs were tacked to wall to dry for several days before being able to stack them.